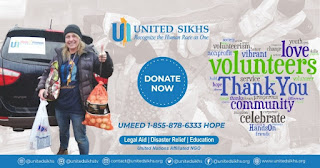 Here is the link to the United Sikhs if you care to donate.  They are an incredibly worthwhile organization.  They take the money to buy groceries for those who are currently suffering economic hardship.  https://unitedsikhs.org/
I am also helping a 30 year old woman who is dying of ALS deliver baby items to pregnant teenage girls.  I am humbled by this young woman who, even while dying and living in poverty and barely afloat herself, is trying to help others.
If you have any baby items (especially strollers) that you can donate, these will be greatly appreciated. 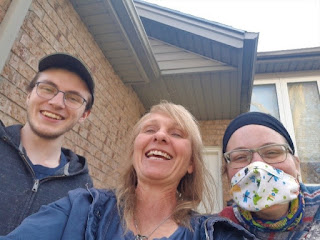 (Picture of me, Kait and Vin delivering baby clothes)
I haven’t given up my own fundraising efforts for cancer-related causes.  Vinnie will be shaving his head in honour of his brother’s birthday on May 6 in the hope of raising money for Young Adult Cancer Canada.  Here is the link.   Shave For The Brave
Here are some pictures of Vincent when he had longer locks, at about age 11. LINK
Note the resemblance to Seed of Chucky: 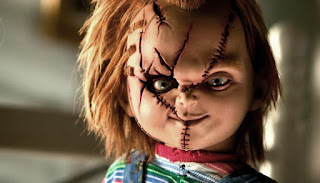 Here’s a little video we created for our S.F.T.B. event. Link
You can do the same thing. All you have to do is announce that you are shaving your head on a particular date and then give people the link to donate to the Great Balls of Fire event.  All money will go to Young Adult Cancer Canada.
Also, I’m still raising money for Act Now for Cancer.  Here is the link if you care to donate.  LINK. My annual Great Balls of Fire event is still set for October 3rd.  I’m not sure if it will actually run this year, in light of the current circumstances.  I will re-evaluate the situation after Doug Ford’s announcement on May 12th and let you know.
Nick would have been 25 this Wednesday, May 6.  We can’t have a big party, but we will mark the occasion with just myself, Matthew and Vincent – and anyone who calls us that day.

Popular posts from this blog 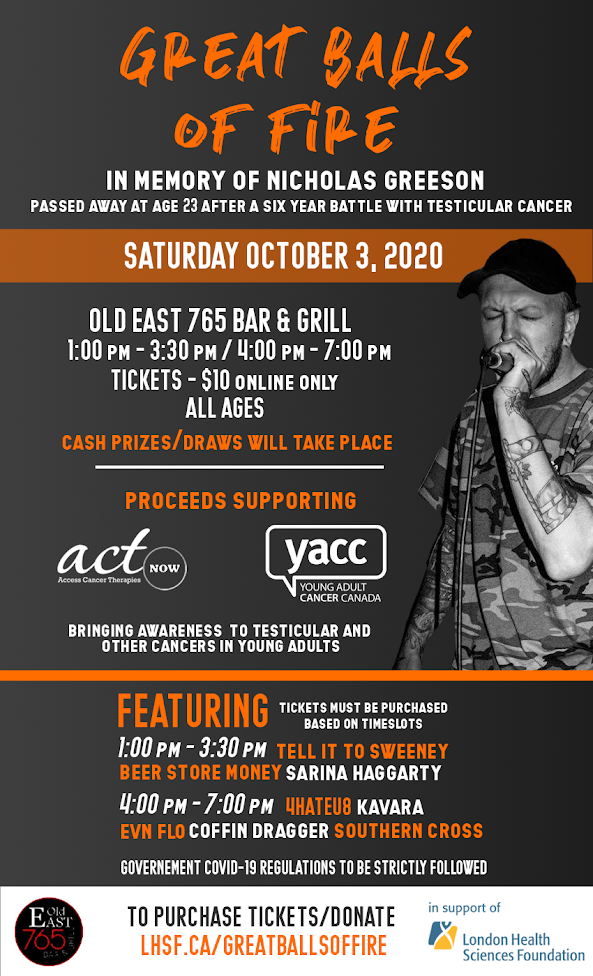 Hey All:    It's been nearly two years since we lost Nick. Although it hasn't exactly been getting any easier - we'll never be "OK" with our situation - we've been hard at work, keeping Nick's memory alive and trying to raise awareness and money for the support of cancer therapies, particularly in young adults.     Despite the prevailing pandemic, we've managed to secure a venue for this year's Great Balls of Fire fundraiser - Old East 765 Bar and Grill, located at 765 Dundas St. We'll be adhering strictly with all regulations regarding COVID-19: this is a limited seating event, with tickets available exclusively online - though the bar may be able to shoehorn a couple more seats into the room if needs be.    Tickets are available at www.lhsf.ca/greatballsoffire . If you can't make it to our event, donations are much appreciated, and can be made through this site as well.    The following is an excerpt from a beautiful post by one of Nick
Read more 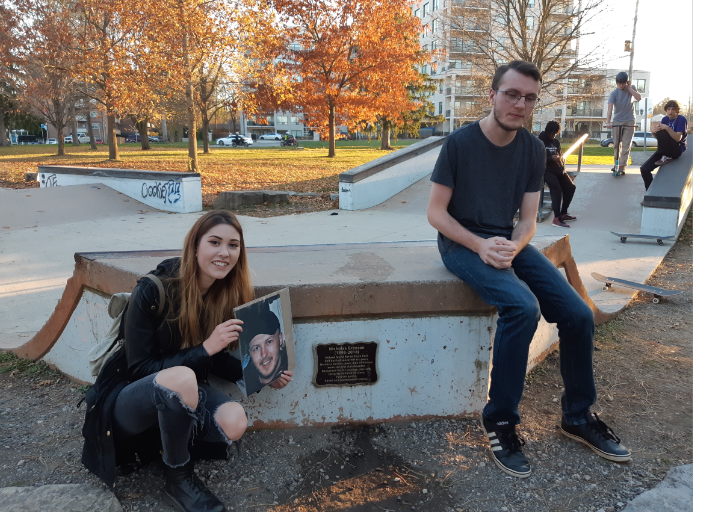 Hello everyone! "Lest we forget" is a traditional phrase for Remembrance Day, but also applies to those (like Nick) who fell after their own private battle. Like WWII, Nick's battle was six years in duration, was well-fought, with bravery, strength and honour. Not much chance we'll forget. The above picture depicts Alex and Vinnie in front of the plaque we had commissioned for Nick which has been placed at Byron Skate Park. November 12th, the day after Remembrance Day, marks the two year anniversary of Tanja's dad Richard Zientara's passing. We were homeward bound from scattering Nick's ashes in Hong Kong at the time, missing a final farewell to him by mere hours. We'd stayed in HK for three weeks, which was one week too long. Such is life. No chance we'll forget him, and all he did for us, either.  Matthew's grandfather, father and uncle all served in the American military.     Grandpa was a submariner during WWII, and was aboard two separate
Read more